Last night, as my bride and I haunted the hotel bar at the Tudor Arms hotel in Cleveland, one of my new friends in town for a beer festival at FirstEnergy Stadium shared a bit of wisdom with me.

He affirmed for me that my bride of fourteen years was beautiful and a keeper.

He’s right, of course. And I already knew that. But I sure got the impression that he enjoyed sharing that with me. See, I’ve had a bit of a rough go lately. Things have been stressful and busy as hell with work. Stressful dealing with the house in Illinois. I’ve been PERSONALLY busy, as I drive my eldest daughter 400 miles round trip to obtain Oral ImmunoTherapy for her peanut allergy. So, I’ve been more stressed lately than I have been at any time since 2005.

As a result, my beautiful bride planned a one night getaway for us. To that mecca of exotica…Cleveland!

Now, I’ve never had much to say about Cleveland. Good or bad. It simply was. My buddies and I hit a Tribe game a few years back. That was fun. But, I wasn’t excited by anything there. Until this trip. We stayed at the Doubletree Tudor Arms, which was a pretty nice place. From there, we went out to the Great Lakes Brewing Company for dinner and a couple of brews. Enjoyed some Lake Erie Monster, and Ales for ALS White IPA, and a Commodore Perry IPA. The good news is, my shrimp and grits was delicious. The bad news was, I was too full to drink much more.

Still, we soldiered on, and went to Nano Brew Cleveland, where I managed two more pints of local brew. First being the Nano Brew Cluster Bomb, and the second being a Market Garden Brewery Viking Pale Ale, which I believe may have been my favorite brew of the night. It was on cask, and reminded me so very much of homebrew.

After two brews, though, I just couldn’t put any more down. Sadly, I failed to invoke the rule that “beer has food value, but food has no beer value”, and so we went back to the room to chill out for a while, before we went down to the hotel bar for a couple more.

After a FANTASTIC night’s sleep, we packed up and headed to Lucky’s Cafe for breakfast. Which was FAN. TAS. TIC. Pecan encrusted bacon and delicious biscuits and gravy for me, and a summer squash omelette for her. And nearly everything is sourced within 100 miles, with much of their food coming from their urban farm. So very cool. Check it out if you get the opportunity.

So, my new friend from the bar, you’re absolutely right. M’lady is a keeper. She went through a lot of trouble to go out of her way to show me a good time for the evening, and take my mind off my troubles.

For that, I’m ever grateful.

For starters, we love to travel. We log hundreds of windshield miles a year, with all five of us in our little Mazda 5. Since our girls were small, we’ve taken them everywhere with us. Our girls go with us to see Grandpa at the cabin in the Northwoods of Wisconsin. We go to see Gramps in the lower part of the great mitten. Lots of family in Chicagoland. Upper peninsula. DC. And the Great Smoky Mountains.  But the one place that we just can’t get enough of?

When we cross the border into South Carolina on I77 near Fort Mill, I feel a calm come over me. When we get off of I95, it becomes excitement. And when I get into Beaufort, a feeling of contentment washes over me. It drips off of the trees alongside the moss that provides canopy over the roads. The antebellum homes welcome me back, as they’ve done with countless visitors over the past three hundred years that since Beaufort was settled.  I even get excited to see the Publix on Lady’s Island.  This is the place that provides the calm that can even overcome the mayhem. 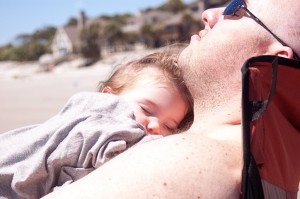 My girls love this place as much as I do. This really isn’t a surprise, though. Miles of clean, sandy beaches. Beautiful weather, and a locale that feels, for lack of a better term, real. You can still find Gullah culture, even today. You come across reminders of Robert Smalls; a gentleman born into slavery, who went on to become a decorated soldier, statesman, and congressman. In fact, you can’t move without tripping over history.

On July 9, 2016, you’ll find myself and my beautiful bride renewing our vows for our seventeenth anniversary. Right here, at the Old Sheldon Church Ruins. 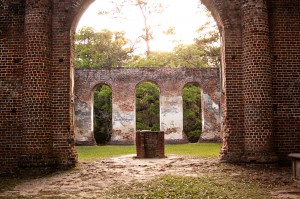 Sadly, I can’t find the quote that I’m looking for, which I believe was another Pat Conroy quote, but this one will do, as it’s proven accurate for me, thusfar.

“Charleston has a landscape that encourages intimacy and partisanship. I have heard it said that an inoculation to the sights and smells of the Carolina lowcountry is an almost irreversible antidote to the charms of other landscapes, other alien geographies. You can be moved profoundly by other vistas, by other oceans, by soaring mountain ranges, but you can never be seduced. You can even forsake the lowcountry, renounce it for other climates, but you can never completely escape the sensuous, semitropical pull of Charleston and her marshes.”
—Pat Conroy 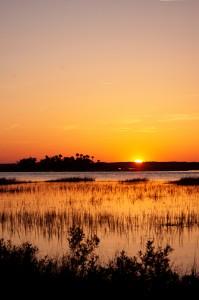 At the end of the day, when she says good night, I feel full. From my heart out.

I can’t help but look forward to the next day.

I'm a thirty-something IT guy with a great affinity for good food, good beer, good technology, and good process.